For the Helsinki Logic Seminar, I gave (virtually) the lecture

One Puzzling Logic, Two Approximations… and a Bonus.

a singular strong limit cardinal) I will speak about was introduced by Saharon Shelah in 2012. The logic

has many properties that make it very well adapted to model theory, despite being stronger than

. However, it also lacks a good syntactic definition.

With Väänänen, we introduced the first approximation (called

with a transparent syntax and many of the strong properties of Shelah’s logic.

The second approximation (called Chain Logic), while not new (it is due to Karp), has been revisited recently by Dzamonja and Väänänen) also in relation to Shelah’s

and the Interpolation property.

I will provide a description of these three logics, with emphasis on their relevance to model theory.
As a bonus, I will make a connection between these logics and axiomatizing correctly an arbitrary AEC. This last part is joint work with Shelah.

In the event Crossing Worlds: Mathematical logic, philosophy, art. An interdisciplinary meeting in honor of Juliette Kennedy at the University of Helsinki in June 2016 I gave the lecture Language Emerging from Meaning Emerging from Language: A Walk in the Logical Woods.

A minicourse in Helsinki on Language, Logic and Nonelementary Classes: External/Internal Interactions, given at the University of Helsinki’s Mathematics Department in May of 2016.

Here is the course material (presented on the blackboard).

During the Helsinki Model Theory Days (University of Helsinki, Mathematics Department) in May 2015 I gave the lecture Model Theory for Modular Invariants.

The Helsinki Collegium for Advanced Study invited me to give a lecture in the interdisciplinary meeting Getting There and Falling Short, where a number of art historians, linguists, mathematicians, philosophers, artists, etc. were invited to reflect on language’s ability of grasping concepts and its own shortcomings. My lecture (Grasping smoothly and letting go: categoricity and location) focused on categoricity and the problem of location. 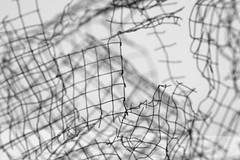